2015 was all about exploring faraway places such as New Zealand and Southeast Asia. But I was born and raised in a tiny but beautiful country: the Netherlands!

That is why I decided to start writing more posts about my home country. I will share hidden and off the beaten track places to visit in the Netherlands, how to get around, typical Dutch food such as ‘bitterballen’ and much more!

The Netherlands: a brief introduction

Check the map below to see where the 12 provinces are.

Fun fact: did you know that the maximum distance you can travel within the Netherlands (from the most Northeastern part of Groningen to the Southwestern part of Zeeland) is around 400km?

So far, I have lived in 4 provinces in my life: I grew up in Overijssel and went to high school in Zwolle (one of the beautiful Hanse cities in the Netherlands).

After my high school graduation, I moved to Groningen to study at the Rijksuniversiteit. For my first job, I lived in Amsterdam for a while and I currently live in Utrecht.

Amsterdam is the capital of the Netherlands. If you plan on visiting Amsterdam, be sure to check out this great post from my friend Karen, who lives in Amsterdam, as she explains about the do’s and don’ts in this world-famous city.

Or take a look at this 3 day Amsterdam itinerary for some sightseeing inspiration. Also check out this extensive guide about the best neighborhoods to stay in Amsterdam and this Amsterdam city guide.

Dutch the official language of the Netherlands, however, Fries (Frisian in English) is also an officially recognized language. Don’t expect many people to speak Frisian to you though, it’s only spoken in the province of Friesland.

People in the Netherlands call themselves ‘the Dutch’ and we are known around the world for our cheese, mills and flowers.

Football is the most popular sport in the Netherlands and we tend to go a bit crazy during the European or World Football Championships! There is actually a term for it: Orange Fever.

The whole country is outfitted in orange (people wear orange outfits and entire streets are decorated with orange flags and balloons). This is how we show our support for the national football team.

The whole country watches the football matches and we are absolutely euphoric when we win. When we lose however…

What have you always wanted to know about the Netherlands? Leave a comment below!

Next Post: The Ultimate Guide To Kamikochi: A Hikers Paradise In Japan » 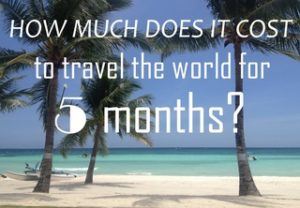